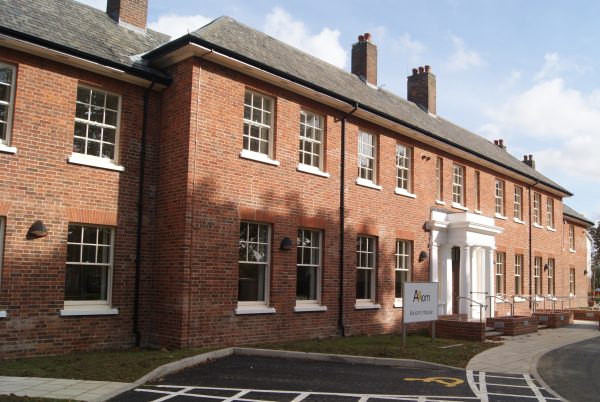 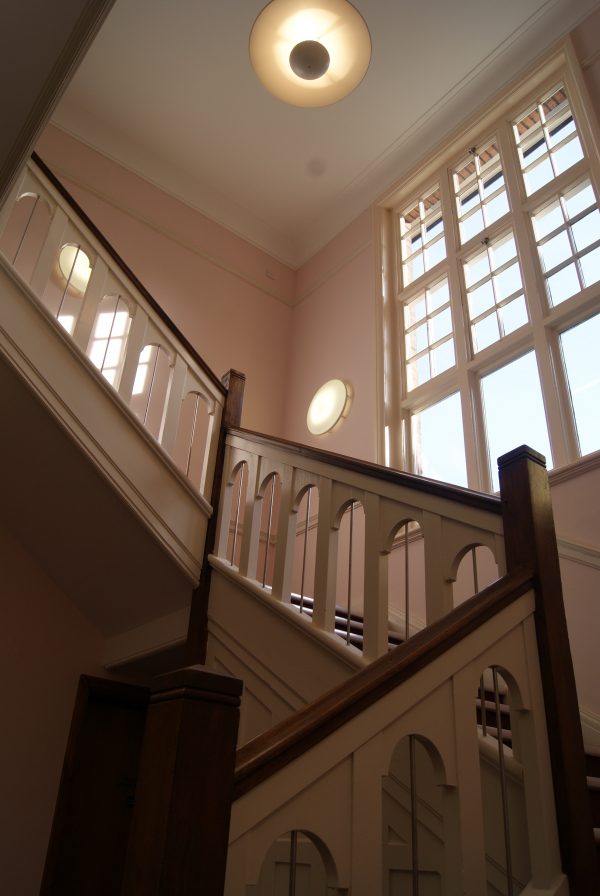 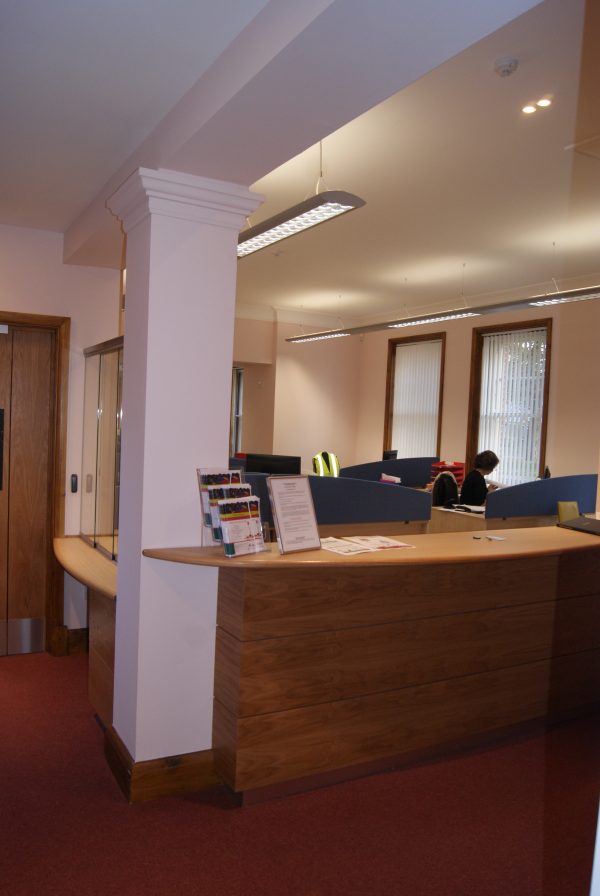 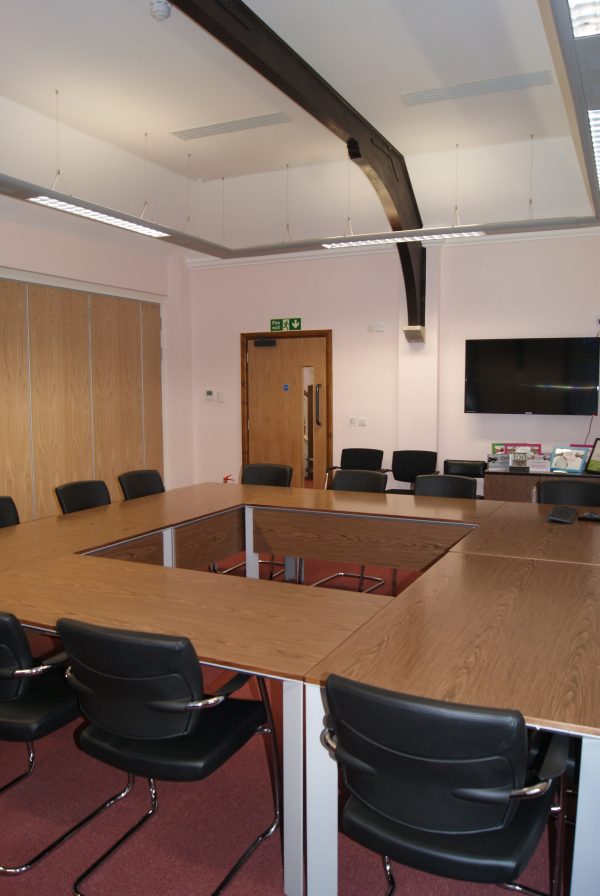 Originally built in 1931 as the Officer’s Mess, as part of RAF Westwood. Axiom purchased the site in 2011 from Peterborough City Council who had used it as a training and development centre. Axiom’s vision was to convert the building into their new head office.

As the building is on the list of local importance, due to it being unique within Peterborough and locally distinctive, it was important for us to speak to the conservation officer at the early stages of the design process. The conservation officer was happy for internal alterations to take place along with alterations to the side and rear of the building. It was agreed that the front facade, as the key feature of this commanding building, should be restored. The facade was cleaned and repointed and all the original sash windows were restored. It was also important for the chimney stacks to remain on the front elevation to retain the uniform look of the building; therefore a considerable amount of steel was required within the building to create the open plan spaces the client required.

Very little of the original internal fabric remained in the building when it was purchased by Axiom and we were keen to retain these features so as to sustain the link to its original use and preserve some of the character of the unique building.

The development was successfully completed and handed over to the client in May 2013 and was officially opened in June 2014 by HM Lord-Lieutenant of Cambridge, Hugh Duberly CBE. We have also assisted Axiom as part of the Peterborough Heritage Open Days providing tours around the building.